Why working in Public Sector IT is great 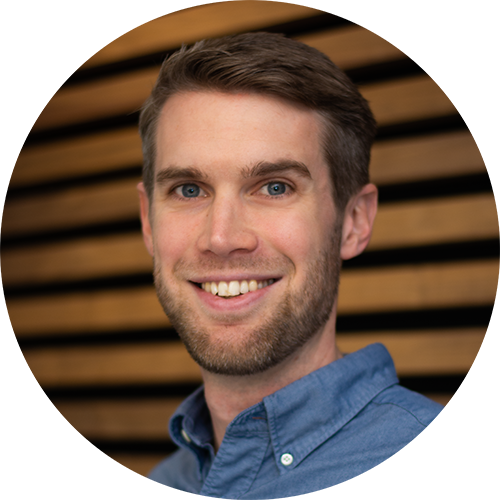 If you’re not familiar with Public Sector software development you’d be forgiven for thinking it’s all about massive failed IT projects, tied up with legacy infrastructure and enough security red-tape to make sure nothing ever gets done. That’s because it was... once upon a time.

When Anthony and I set up Fivium that’s exactly how government IT projects were being run - slow, expensive and not focussed on what the users actually need. We witnessed countless projects that were more about delivering the financial needs of the oligopolies than meeting the user needs of the customers. We founded Fivium on the idea that we could do better than that.

Our cause was greatly helped in 2011 when the government created the Government Digital Service (GDS) and established the Digital by Default strategy. It tore up the rule book for how IT projects should be run and raised the industry standard for good. There’s loads of information on the web about the GDS (they must be one of the most prolific bloggers on the planet), but in a nutshell the Digital by Default strategy ensured:

This revolution has led to the transformation of many services that you may have used yourself as a citizen - have you taxed your car recently or applied for a passport on your smartphone? Ten years ago you’d have been making a trip to the Post Office to get a paper application form.

The GDS has invested millions of pounds into user research, making design patterns that have been thoroughly road tested and have been reused in the public and private sectors. This investment has changed the game for everyone playing in it now - if your digital service isn’t delivering what the user needs in a simple and intuitive way then it won’t get off the ground.

None of this is to say that all modern government IT projects are perfect. Of course they’re not, but where they aren’t, they can usually be fixed through incremental improvements without the need to break up multi-million pound contracts and start all over again.

That’s an interesting history lesson, but why does it mean that working in public sector IT is great?

As a tech engineer, a scrum master, user researcher, tester, product owner I’ll bet you get the biggest kick out of taking on a challenging problem, breaking it into solvable pieces and making something that works.

Now, imagine that “the thing” you’ve made work is capable of delivering social value to real people - not just exploiting someone’s vast data lake of personal information to produce better targeted adverts. Imagine you are building software that serves a real-life purpose. Rather than shaving micro-seconds from an app’s refresh rate (to cater for our ever dwindling attention span), how about improving an entire business process involving hundreds of users? Saving thousands of hours of effort for publicly funded organisations. Think of what those people can do with the extra time we can gift them. The potential benefits we can deliver really matter.

Public sector IT provides an endless supply of such projects. There are over 5 million public sector workers - ranging from nurses, doctors, police to government ministers and civil servants - the people who keep the machinery of government turning. Stop for a minute and think about that. 5 million people who are doing public service jobs running the entire spectrum of societal functions. And they all rely on technology to help them do their work. The business case for these projects is that they must help people to deliver public services quicker and more easily.

So, we have a near limitless supply of problems that need solving, but where’s the fun solving them?

Thanks to the work of GDS, our industry has nearly a decade of establishing the principle that good systems are best delivered via modern, agile and user-focussed practices.

Public sector software development isn’t a race to just ship the MVP in order to get users hooked, or satisfy investors' need to hit a quarterly growth target. It’s about taking the time to understand people’s real world needs and build a solution that solves those problems properly. To do this you need to work in a multi-disciplinary team with the right experts to gain a deep understanding of the problem in order to provide the best solution. These are systems that are built to last, using sound engineering principles rather than throwaway features that will be continually rewritten.

As tech engineers, designers, researchers, we get to work on well defined problems, where the user needs have been thoroughly established and understood, where we are able to speak directly to the end users to demonstrate our work, to take on board feedback and iterate until it’s right.

And the payoff can be huge…

For me, knowing you’re taking the time to create something that is so good it will be used for years to come is one of the most satisfying parts of what we do.

A recent proud moment in my career was hearing Robin Walker MP, minister for the Department for Exiting the EU, saying to a Parliamentary committee that using Fivium’s software has been a key part of making his department more readily accountable to the public. That really matters.

We’re always on the lookout for likeminded people to join us on our quest to make great software that really matters. If you think this is you, then please get in touch with us, we’d love to hear from you.

Named by the Cabinet Office as one of the top SME suppliers to the UK government, we are universally well respected for both eCase, our correspondence case management platform, and our agile digital development services, which make the work of the public sector easier, more efficient and more compliant
Learn more about Fivium

Build modern web apps for high-profile government clients in the heart of London.
Learn more about careers at Fivium

Making a virtual hack a reality
Fivium Director re-elected to Vice Chair of techUK’s Central Government Council
How we're sharing the love through Fivium
3 Key Steps to Manage your Request Volumes
How GDPR Has Impacted Information Rights: 3 Key Takeaways
Welcome to Our (Virtual) Team
Steering the course through uncharted waters – our COVID-19 journey so far
Kindness matters all year round
Accessibility clinics: The top accessibility issues we find
Accessibility clinics: building software that works for everybody